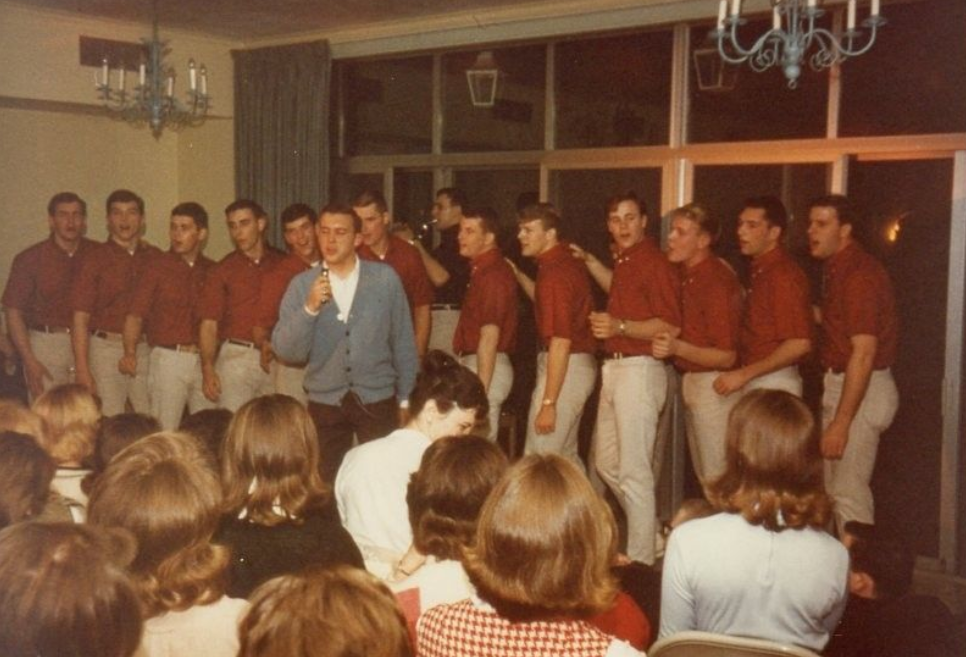 What were the best nicknames you called your brothers and how did they come about?

When’s the last time you saw a Ohio Zeta Chapter brother in person? Who were you with, where were you, and what was the occasion? Do you have a photo from that day?

What was Phi Delt known for during your time at Ohio State?

Read on to find out how other Ohio Zeta Chapter of Phi Delta Theta alumni answered these questions.

Nicknames: My older brother, Dave Cobb ‘61 was called “Trimmer” so they called me “Clipper”. Jim Argo ‘64 was called “Argo f-yourself”, but you probably can’t print that!

Last time you saw a classmate: Dave Cobb and Doug Wahl ‘65, both on Nantucket and Dallas in 2019.

What Phi Delta Theta was known for: Good intramural sports teams, high grades, and winners of Gold Diggers quite a few times

Last time you saw a classmate: Reunited with Dan Dorsheimer ‘72 in Del Ray, Florida on 11/20.

Top social event: Toss up between Shipwreck and TOGA. No one took a respectable date to Shipwreck, it was wrong on every level!!! Surprisingly we did not all go to jail! Could never get away with that today! TOGA was slightly more tame, I brought DeeDee Boulton to that one and ended up marrying her in 1973, still married to her today!

What Phi Delta Theta was known for: Pretty much face men, jocks, and anything that was NOT Delta Tau Delta! We prided ourselves in being the non-conformist fraternity.  We assembled an amazing group of young men that for the most part, studied hard and partied harder!

Want to share your own stories? Click here to submit your answers to the questions above. We’ll publish your response in a future alumni e-letter! If you have a picture to share, email it to alumninews@affinityconnection.com with the subject line “Phi Delta Theta Ohio State Photos.”